Every post has a link to the artist's gallery unless it's my work. If you find your artwork here and you want it removed, let me know. Enjoy 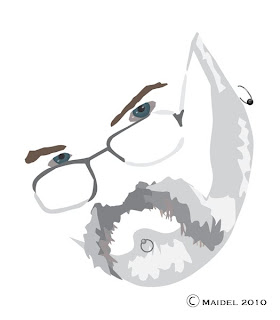 I am a self-taught artist, 56 years old, and have been a part of the gay community since 1975. I have been creating homoerotic work for well over 35 years... it is the type of work that I have preferred to create. Using multiple styles and mediums from pen and ink to mixed media illustration, I bring a unique look to the masculine gay world around us. Though my home is currently in Las Vegas, I lived in the Great Lakes region for most of my life. 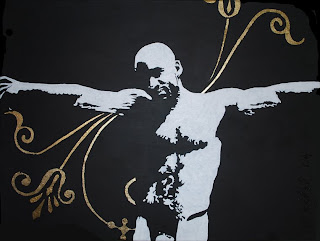 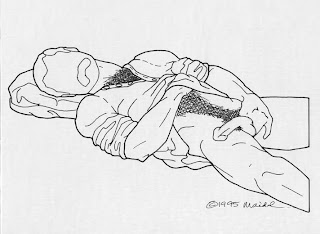 From 2000-2004 I was privileged to be selected to have several line drawings included in the Bear Icons art exhibitions with about 20 other gay bear-identified artists under the curatorship of Les Wright, author of Bear History Book and Bear History Book II. The piece titled "Jeffery" is included in the book's center artwork section. During these four years, the artwork was also shown in New York City, Washington DC, and Provincetown. 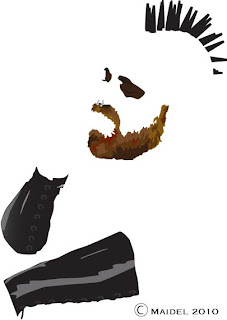 In 2007, I completed a major project reinterpreting and redesigning the tarot deck aimed at the masculine gay man. Originally intended to take two years, it turned into a nine year project. During that time, I learned new tools to assist in my vision for all of the cards, which enabled me to create the actual vision I had for the cards. The cards illustrate different fetishes and attitudes of being a masculine gay man, so included are images of bears, leather men, inked men, bondage, tops, bottoms, chubby, pierced, and inked. Two of the cards illustrated are seen in these samples of my work. 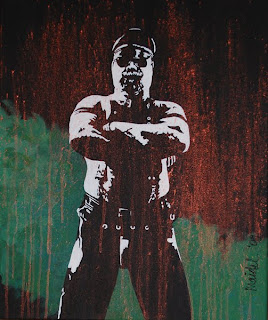 In July 2009, I re-launched my blank greeting card line... reworking older designs with a new fresh look, as well as creating some new ones. The card line also has new designs that have never been offered before now. I have added new designs now into 2010, including some whimsical images as well as more detailed leather images. 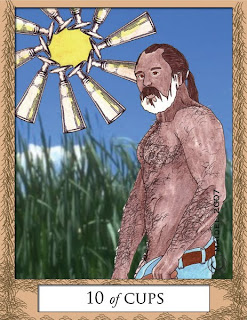 All of my works, unless already sold, are available for sale; some original, some copies. Contact me through the website, www.primaldad.com or directly at artbear43@gmail.com to get details on pricing. 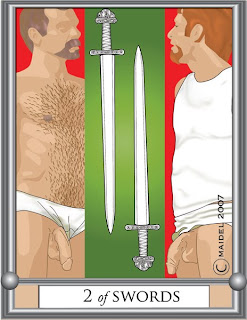 He has such an art designer style... the first one is simply GREAT!! heheheheh.. i like the other ones a lot too!!
Thanks for letting us know about all this art, BEAR´s!
BIG HUGS

Yes, Pau he's got a pretty fresh style... Thank you for the comment and the positive feedbacks my friend!
HUGS

bear's art
Promoting art made by bears, with bears or for bears and their admirers ~ I'm also available to take commissions on a freelance basis. Check out my works at https://www.facebook.com/bearsasart ~ Thanks for visiting my blog. Your comments are welcome and appreciated.

Promote Your Page Too